Chad Wesley Smith, author of The Juggernaut Football Manual gives you some more insight to help you better prepare football players to be the fastest, strongest and healthiest possible.

Speed kills! Everybody knows it but if its so important, why are so many coaches missing the boat when it comes to their team’s speed training. Check out this short clip from Chad in which he explains some common speed training mistakes and how you can fix them to help your players get faster!

So many coaches think that as soon as practice starts, that strength/speed training stops, this is a giant mistake! Why put in an off-season of work only to have all your gains dwindle away by the end of the season when you are playing your most important games. Other coaches take the opposite approach and don’t adjust the training load at all during periods of increased practice, this is also a mistake. Learn how to adjust your players general training load around practice.

Conditioning is one of the most mismanaged aspects in players’ training. Too often coaches are ignoring the energetic demands of football (alactic-aerobic) and employing improper conditioning means. More often than not these are highly lactic endeavors that while they are very challenging, they are actually robbing the athlete of their explosive power and strength, while inhibiting their recovery. More effective and efficiently condition your athletes with these tips. 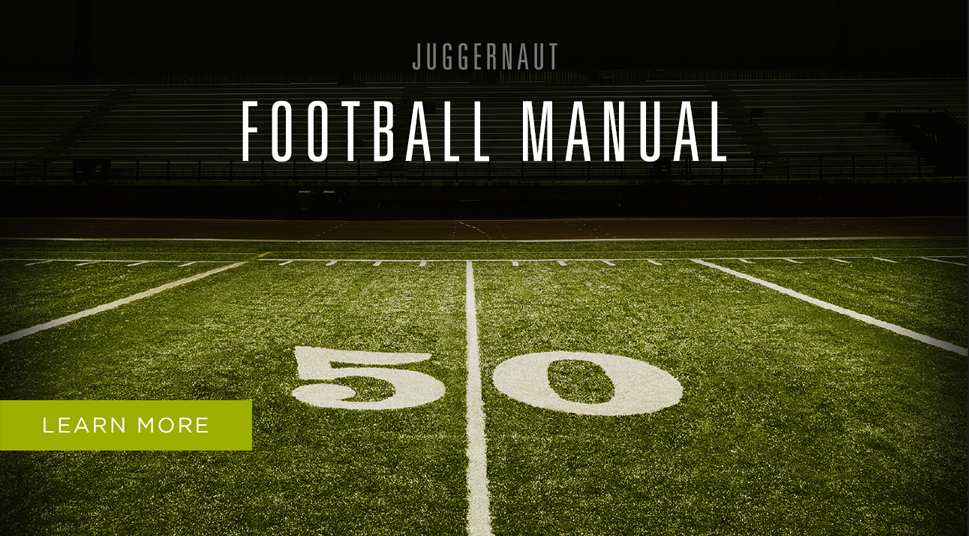 With the click of a mouse, athletes have an arsenal of speed training videos drills and techniques to improve their athleticism at their fingertips.  As …

Conditioning tests are a standard practice at NFL, College and High School football training camps and are for the most part poorly designed. Many of …

As our days get shorter and the calendar drifts from summer to fall, it means that in the good old US of A, football is …

Are you sick of programs that promise results and don’t deliver? Are you ready to take your football training to the next level? The Juggernaut Football Manual …