Its about midnight and I just got done watching event 7 for the third time.  I have nothing to say, except this.  I left it all out on the floor this last weekend and not one little part of me thinks that I could’ve done something different.  If you know who I am or are a close friend you know that this is gonna make me stronger.  When she said “no rep” my mind went blank it was like I knew what just happened and I knew Carson California was no longer an option.  They brought us down to the rig area to tally up the scores and there I waited for the results.  As they announced the names, mine was left out.  Tears began to build up and I wanted to disappear.  I felt many taps/rubs on the shoulder saying you will be okay.  Heather Welsh took me into her arms and pulled me close.  I cannot explain to you how much I needed to be cared for in that moment. To have one of my competitors and dear friends step in to be there for me meant the world.  As I walked quickly in front of the entire stadium full of crossfitters and spectators.  People began to stand up, whistle, clap, and cheer so loudly for me.  That right there made me feel like I had done it all and I was their winner nothing could’ve made me feel better in that moment. 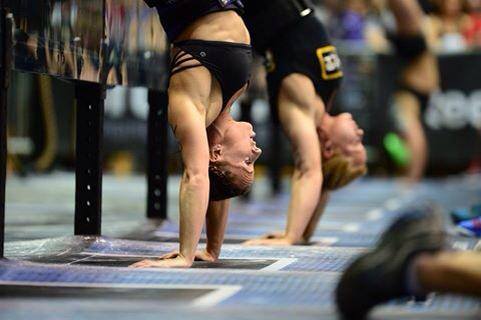 However I want to leave this on a positive note.  The highlights of the weekend.  I left everything out on the floor.  The handstand walk event, the roar of crowd, and the excitement which had me smiling  so big and laughing during the event.  Rich F., Julie F., and Marcus H. telling me how incredibly impressed they are with my performances due to my size.  Sam Dancer deeming me as his official “swollmate” because we practically are the same; both have nose rings, corn rows (he copied me), ugly short painted nails, & we skateboard.  Oh yeah we crossfit to!  After media got done interviewing me they would secretly say they are rooting for me.  It was cute.  All the support from my fans/friends/gym.  Spending time with all my friends/competitors that were competing.  All the hugs for support after event 7. The Oreo gifts from Damion, which included my new beautiful custom made oreo necklace!  Media making fun of me jumping on my wallballs to hit the target.  Someday I am not going to have to jump dang it!  My sister, mom, cousin being there.  BUT most of all my sexual handstand walking picture.  I planned to wear my cutest outfit that day, just in case they snapped a picture and they did!  All the cute attire from my sponsors Lex Artis and Mission 1 apparel. 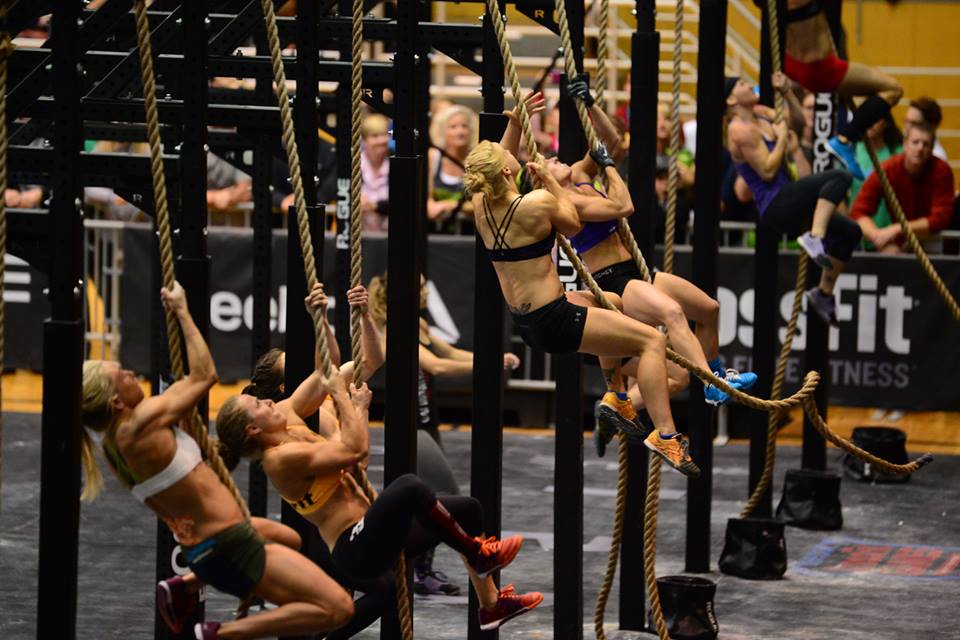 My next step……..I begin my training for weightlifting nationals which is held in Salt Lake City Utah in July with the possibility of qualifying for World Championships.  Also a little recovery time and begin my second year of crossfit training!  Since the first year and a half went so well I am excited to see the progression for the next season! Congrats to the 3 women that qualified! Kill it in Carson! I want to thank the fans, media, sponsors, and judges for an amazing weekend.  I also want to say that I will be back stronger than ever and someday wallballs won’t crush me.  Until then I love you all for the support and kind words.

I have been swamped with new decisions and new ideas. Lately, I’ve been thinking a lot about my CrossFit & weightlifting training and my career as …

Weightlifting is both a competitive international sport as well as a recreational means to train for strength, power, and general athleticism. Weightlifting is an attractive …

Get to Know Alyssa Ritchey

Welcome Alyssa Ritchey, Weightlifter/CrossFitter based in Grand Rapids, MI to Team Juggernaut. Alyssa is a farm girl from Ohio with a background in gymnastics and …

Day 1 Well today is the beginning of the end, the last week of the Juggernaut Method. Let’s see where I’ve gotten. Plyo Push-ups onto pad 3 x …

By James Smith, Director of Sports Programming The posterior chain is a hot topic among strength and speed coaches. Everyone is beginning to understand the important …

The wait is over, Part II of Become Your Own Nutrition Coach is finally here. In Part I, we discussed a number of introductory points, …