In Part 1 of this three-part series, I talked about the things I would have told my younger gorilla self about the squat. Part 2 continued on with the bench press. The third and final part of this series discusses the deadlift. The final event of a powerlifting meet has a drastic difference from the squat and bench because there is no eccentric portion. The deadlift also seems to have the largest variance in technique across the board. Below are three points I wish I knew years ago that I believe would have progressed my deadlift more rapidly.

Sumo versus conventional is a very common argument in the powerlifting world – with some very strong opinions. But the best thing I ever did for each deadlift was learn how to perform the other one. It is an incredibly valuable tool to learn proper form and train both variations of the deadlift. Not only is the conventional deadlift one of the absolute best assistance exercises for the sumo deadlift and vice versa, but performing both gives you so many more options with training. There are also many common injuries that powerlifters suffer that hurt one form of deadlifts but not the other. Oftentimes, hip injuries will ruin a sumo deadlift, but still make conventional deadlifts bearable. Quad injuries can put conventional deadlifts out of the question, but still make sumo pulls possible. The largest convincing factor, however, is how many times I’ve seen someone learn to perform the other deadlift and it surpasses their traditional one. You might be a better sumo puller but have been deadlifting conventional the entire time, and who doesn’t want a bigger deadlift!

It seems one of the favorite assistance exercises for most deadlifters is the elevated deadlift. This is either with the bar elevated on blocks or from high pins in a power rack. While this can be a great exercise, it is so often performed wrong, especially from pins in the power rack. The entire point of doing elevated deadlifts is to improve the strength in the range of motion you are pulling through in order to carry over to your competition deadlift. If you are not pulling from blocks or pins with the same form and leverages as you do from the floor, you are defeating the purpose. Starting with the bar behind the knees and quarter squatting it up, or starting with a vertical torso giving you a mechanical advantage compared to pulling from the floor will surprise you how much it doesn’t carry over to the floor. Film yourself while performing these lifts and ensure that you are starting from the same position as you do when you start from the floor and the bar reaches that same height. 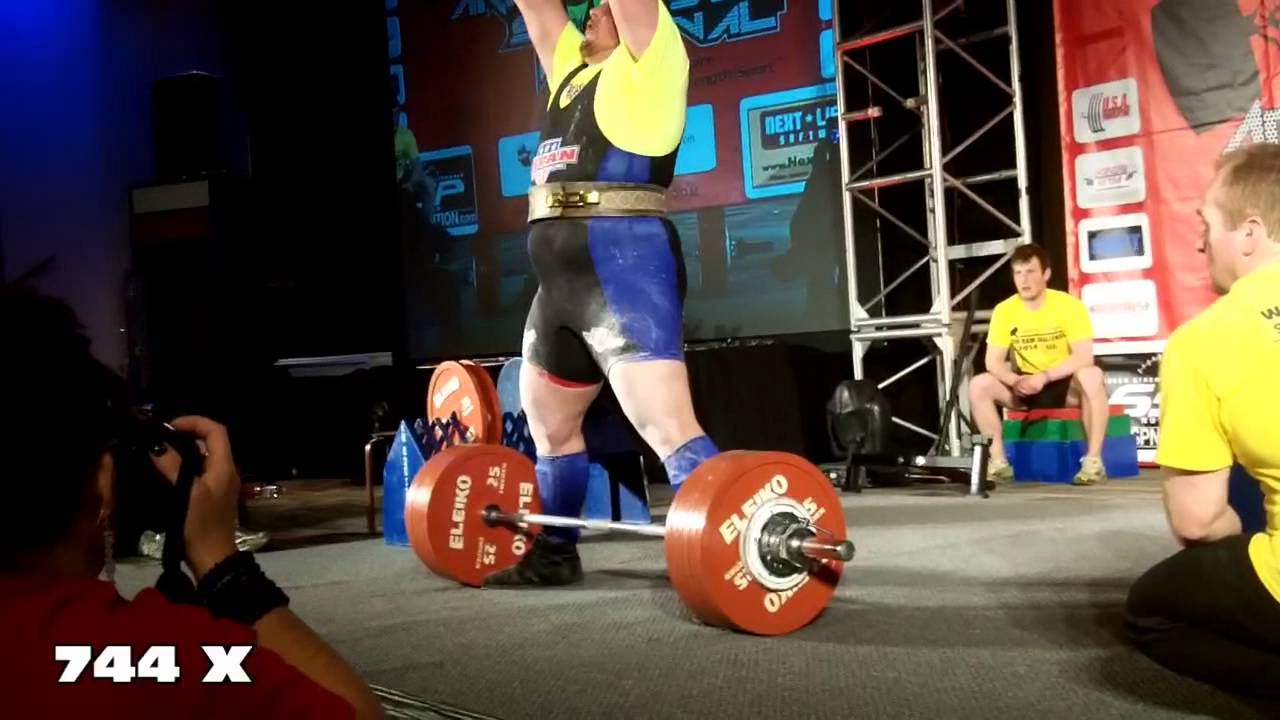 Nothing is worse than making huge gains in the deadlift, strapping up, pulling huge numbers, and massive PRs, only to go to a meet and not pull any more on the platform. Pulling with straps just becomes an ego boost if it becomes the staple deadlift in training. Even if grip is not a limiting factor, the stronger the grip, the stronger the pull. If you can only hang onto 600 lbs and you are pulling 585 lbs, you won’t be able to apply maximal force to the bar during the pull. Your body senses the limited strength in the grip and will subconsciously take away from how hard you feel like you are pulling. To make an example of this, try deadlifting 90% of your max without straps, then with straps. It will almost always be faster with straps even though grip isn’t a limiting factor. Straps absolutely have a place in training, but I believe all warm-ups and top sets at a minimum should be performed without straps. I have seen countless examples of YouTube stars deadlifting with straps and pulling huge weights but dropping 50 or more pounds in a meet because they are not truly aware of what they can pull without straps. All that matters is what you pull in a meet!

There is a saying that the meet doesn’t start until the bar hits the floor, so it pays to have a big deadlift when the cards are on the table and the meet is on the line. These three lessons are something I absolutely wish I had been told when I started lifting. I firmly believe a lifter who employs these three principles above will see an increase in their deadlift the next time they compete.

Wisdom for the Young Gorilla – The Squat

My Best Deadlift Cycle Ever

Team Juggernaut is home to some of the World's best deadlifters. With 7 athletes having pulled over 750 in a meet, we know what it …

Want to improve your Sumo Deadlift? Here is your all-in-one guide.

4 Keys to a Better Deadlift

Focus on these 4 areas to improve your Deadlift technique

Everything you need to improve your Deadlift technique in one convenient place.

Team Juggernaut is home to some of the strongest deadlifters in the World! With 7 deadlifters having pulled over 750 pounds in competition, TeamJTS is …