Since the dawn of man – or at least since the popularization of CrossFit – the intranets has been ablaze with coaches vilifying high rep weightlifting.

“The snatch and clean & jerk are meant to be done at low reps.”

“Doing the snatch and clean & jerk for high reps is dangerous.”

“The snatch and clean & jerk are not effective conditioning tools.”

Let’s first define high rep: I don’t mean sets of five. The Russians routinely do sets of four to five reps. So do some of the best weightlifting coaches in the U.S., including Glenn Pendlay, who is fond of having his lifters hang snatch sets of five from below the knee, and Kyle Pierce of LSU Shreveport, whose programming often includes snatch and clean five rep maxes from various hang positions.

No, I’m talking about things like “Grace” (30 clean & jerks for time with 135lbs, usually scaled to 95lbs for women,) and other workouts where the load is relatively light compared to the athletes 1RM, and the goal is to get through the reps quickly enough to elicit a conditioning effect.

Further, I’m not just saying they’re useful for those athletes looking to compete in the CrossFit Games. In fact, I’m not going to bother addressing the idea that those athletes shouldn’t be doing high rep weightlifting. If you are of the opinion that an athlete should ignore an integral component of their sport because you don’t like that it’s an integral component of their sport, you are, frankly, too stupid to bother with. I think all of baseball is dumb, but I don’t tell baseball players not to practice.

No, I’m here to convince you that high rep weightlifting, properly taught and applied, can be valuable for almost any trainee, and to give you some ideas on how to implement it safely and effectively in your gym.

Let’s start by debunking these bogus claims against it.

1. The snatch and clean & jerk are meant to be done for 1-3 reps/to build explosive power

I literally do not even know what this means. The snatch and clean & jerk aren’t “meant” for anything, because we made them up. Through trial and error, weightlifters figured out that these were the best ways to get weight overhead by the rules specified by the IWF. The sport of weightlifting does not have a monopoly on the use of the snatch and clean & jerk. Powerlifters compete one rep at a time, but no one complains about sets of 20 in the squat (well, people complain about sets of 20 in the squat, but not in the same way.)

The point is, no matter how much someone wants to call them “functional” or “natural,” the snatch and clean & jerk are man made. We can do whatever the hell we want with them. They were originally utilized for competition. Then people outside of weightlifting figured out that they could use those same lifts to get stronger and more explosive for their sport. And then people started to realize that they can get you in great shape, too. Deal with it, bro.

2. Doing the snatch and clean & jerk for high reps is dangerous.

Credit where it is due for this first part of my defense with this item: it was first pointed out to me by my good friend and former training partner (and nefarious troll) Russ Greene.

Change “in a state of fatigue” for “at near maximal loads” and tell me what changes?

What does change the situation, in either case, is the athlete knowing how to perform the lifts correctly. With good coaching, neither scenario – max loads, or submaximal loads in a fatigued state – will be inherently dangerous. If anyone has actual data to invalidate that claim, I would love to see it. However, I have owned a CrossFit gym where we regularly do high rep weightlifting for over five years, I can confidently tell you that the injury rate is really fucking low. But then, we’re good at teaching the snatch and clean & jerk. Maybe you’re not?

There are issues with brand new athletes doing the lifts for high reps in a fatigued state, but they have little to do with injury – more on this later.

3. Doing the snatch and clean & jerk for conditioning doesn’t provide anything you can’t get elsewhere

Apparently we should use dumbbells or kettlebells instead. I’ve never understood this argument, but I want you to understand something about why kettlebells are so popular: while they’re a nice training tool in and of themselves, they’re also an amazingly effective way to trick women into lifting weights.

Because that’s what they’re doing. Lifting weights. Except somehow, it’s okay to do kettlebell snatches with light weight and high reps, but not barbell snatches. I’m not sure why. Supposedly it’s “more technical” with a barbell, but you know what? I can get someone to safely snatch a barbell under fatigue more quickly than I can get them to do the same with a kettlebell, because I’m a weightlifting coach and not a kettlebell coach. Funny how it comes back to good coaching.

However, it is crucial to understand that the barbell affords us some opportunities which kettlebells or dumbbells simply do not.

The dumbbell and kettlebell are not as well suited for developing maximal strength as the barbell. This is not merely due to the larger size of the barbell allowing us to load more weight on it. The design of the barbell also allows the lifter to keep the load closer to the center of mass, and thus to engage more musculature to effectively deliver force to the implement.

This is as valuable a trait when doing conditioning as it is when trying to get stronger. Just like the barbell allows us to use heavier loads in the pursuit of greater maximal strength, it also allows us to use heavier loads to improve both general and specific fitness. It lets us move more mass, more quickly, whether we are trying to improve our 1RM clean & jerk, or our ability to do 20 reps with 75% as quickly as possible. Apart from developing the useful quality of being able to work with relatively heavy loads in semi-technical movements while in a fatigued state, the training effect of conditioning with such methods is significant.

This is a sport specific case, but enlightening with regards to the benefits of using weightlifting for conditioning: it is perhaps the single best training tool for grappling athletes.

I come from an extensive background in martial arts, and before opening my own gym, my job was primarily working with competitive MMA fighters and jiu-jitsu players. A crucial component of these sports is being able to complete semi-technical, relatively powerful movements, while under load and in a state of oxygen deprivation and muscular fatigue. Nothing gets as close to an effective mimicry of these conditions as high rep snatches and clean & jerks with a barbell with relatively heavy weight, which not only teach the athlete how to breathe under another body, but also ingrain in the athlete an understanding that especially when tired, they need to let their hips do the work.

Now that those of you who cannot be convinced are busy bashing me to your buddies, those of you who are actually interested in learning how to properly implement high rep weightlifting can read on in peace. 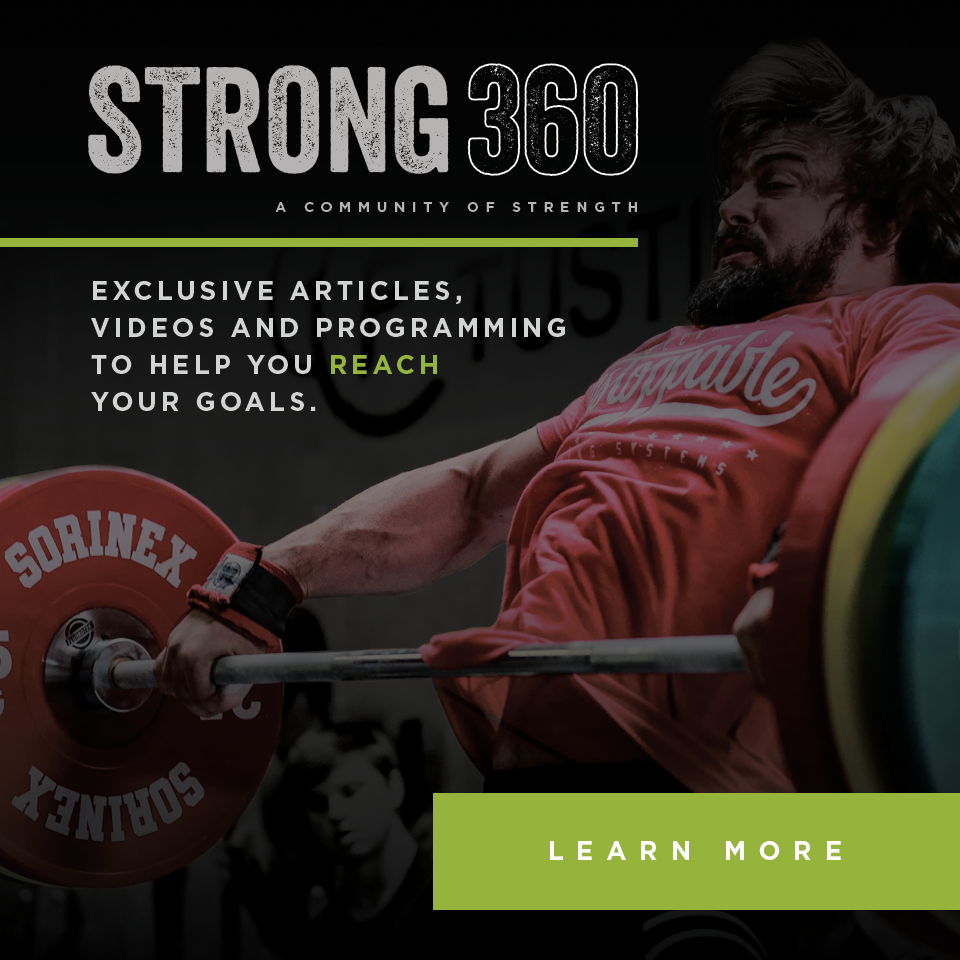 You’ve probably realized by now that what I’m saying is, you have to be able to coach the lifts correctly if you want people to do them correctly, and that holds true for one rep, three reps, or thirty reps. If you cannot teach someone how to clean correctly for high reps, you cannot teach them how to clean correctly for low reps either. Get off your high horse and just acknowledge that you don’t really know what you’re doing.

Now, on to the practicum.

Firstly, it is important to understand that optimal mechanics for the lifts differ when focusing on high reps versus maximal load. The basics of safety and efficiency stay the same: the back should be neutral, the hips and legs should be the prime movers, and the athlete should avoid common faults like pulling early with the arms.

Perhaps the single most important difference is in the pull from the floor – as Rudy Nielsen once put it “the lift looks exactly the same, once the bar is above the knees.” From the floor, it is common to see the athlete use a much higher hip and straighter knee than would be optimal for max loads. By keeping the knees out of the way and not loading the quads at the start of the movement, the athlete reduces the cycle time of the lift, as well as the metabolic cost incurred by each repetition.

Folks who are just learning the lifts do not need to do them with barbells for conditioning. Not because there is some massive risk of injury inherent to the practice. No, the issue is ingraining motor patterns. While they’re learning to snatch and clean & jerk with a barbell, doing it for conditioning is going to interfere with the process. During this phase (at our gym, on average, it lasts 5-6 months,) I recommend the use of dumbbells in place of barbells. We replace snatches with single arm hang power snatches, cleans with hang power cleans with the dumbbells held at the athletes sides, and jerks with push presses or power jerks.

It is worth noting that at this stage of training, the athlete is not going for max loads either. They are using variations to learn the lifts with weights which are light enough for them to be consistent, but heavy enough for them to feel the difference between a good lift and a bad lift. In other words, we are avoiding factors which could lead to the athlete learning improper movement patterns, whether that factor be load or fatigue.

At this stage, the athlete has a physical “understanding” of the lifts, and we begin introducing the snatch and clean & jerk with a barbell into the athlete’s conditioning work. We generally keep snatches and cleans from the hang, and will typically prescribe power snatch + overhead squat instead of a full snatch. Our athletes are allowed to power or split jerk the weight for their conditioning workouts, and most by far choose to power jerk.

The athlete is now competent with the snatch and clean & jerk at maximal loads, and his technique is ingrained enough that he can perform the lifts for high reps without changing the way he will lift when attempting PRs. We no longer scale the use of of the classic lifts in conditioning pieces for athletes at this level.

“If you’re a competitive weightlifter, why would you do it? If you’re not, why does it matter?” -Glenn Pendlay

The snatch and clean & jerk are invaluable training tools. Unless you’re a competitive weightlifter, it is foolish to limit your use of the lifts to only building strength and power, when they are capable of improving so much more.

At Juggernaut we strive to bring you the highest quality content from athletes and coaches who are currently in the trenches, training hard and dominating …

Max Aita goes in-depth on how he designs effective Weightlifting programs for athletes of all levels.

An Open Letter to USA Weightlifting

Dear USA Weightlifting, As we sit here on the eve of the 2015 National Championships, the biggest meet in the history of USAW, I’m excited about …

Want to start Weightlifting but not sure where to start? Start here.

How To Have Your Best Weightlifting Meet

From Taper to Attempt Selection, we have all the important steps covered.