Everybody is in a different place. Everybody has different needs. The trick of coaching athletes is to figure out what exactly it is that is going to help them get where they want to be, where they should be. That is to say that I may not train every CrossFit athlete, fighter, powerlifter, etc.. the same. That is the beauty of some of the base programs you can get from this site. Once you learn to apply the concepts that are laid out, it becomes easier to adapt them for more specific goals.

Brent came to me about 6 months ago as a professional fighter, looking for some sort of change in his training. At this point, I am not certain that he knew exactly what that change needed to be. He knew that he needed some strength work and at this point he was doing nothing but some light KB exercises a couple times a week. He was doing copious amounts of cardio, lots of running and silly stuff like that, yet still FELT gassed in his fights.

One of the first things that struck me about him was how poor his movement quality was, not to mention how weak he was. It was as if he were stuck in his fighting stance at all times with his hips rotated to the right and his shoulders tilted forward. That is all well and good during the fight, but we need to be able to return from that position. As it turns out, some of these issues were leading to some of the minor training/overuse injuries that he had dealt with over the course of his career.  The combination of the short, tight muscles and the long, stretched-out, weak muscles, that were causing Brent to be stuck in this position, were leaving a ton of power on the table. And, in a weight class sport, is a less than desirable way to go into a fight. Not to mention, the best things that we have found after improving these things is that he is better able to attack from both sides, his punches have greater range, and his improved hip mobility have opened many doors in his jiu-jitsu game. Which, I can tell you after having had the pleasure of Brent rolling me up like a bitch, is quite formidable. 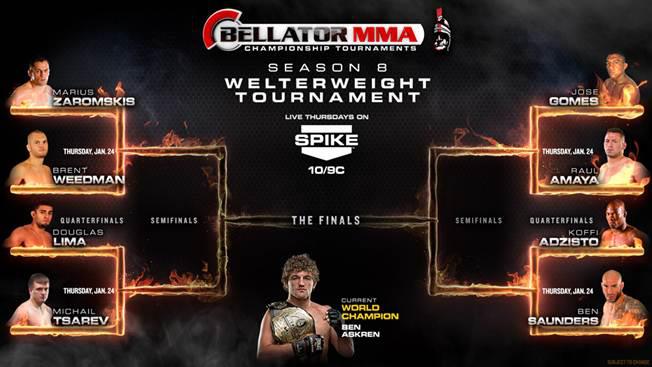 The beauty of sports is that they require skill.  Even while being what we on this website would consider “weak with poor mobility”, he was a damn good fighter. This leads me into my next point. As strength coaches, we would love to believe that it is all about what goes on in the weight room, but the fact of the matter is, that games are played on fields, courts, fought in cages and rings and there is no barbell involved. The guy with the biggest deadlift doesn’t always make the tackle, and the guy that can snatch #300 won’t always get the knockout. Not to say that stuff won’t help, but the last thing that we should do as strength coaches is interfere with sport practice.

I have run into this with a couple other MMA fighters/boxers who have come to us. They come in and want me to tell them when and how much to train so that they will be in shape. With Brent, I gathered the information about his current training regimen. Jiu-Jitsu, Kickboxing, and sparring, then built a program around that. It is important to consider sport practice as a training stressor when preparing a program for your athletes. Brent is doing 11 sessions a week outside of my gym. He is not lifting weights, some of the BJJ sessions are classes he is teaching so they are pretty easy for him, going against novice competition (like when he kicked my ass) but you can only fill a cup up until it is full. Sticking him on a program designed for someone who is only weight training may see results in the short term (depending on preparedness of the athlete), but is not a recipe for long term success.

This was one of his biggest problems and is one of the same problems that we see in CrossFitters as well, and it was the same thing in the Marine Corps. I think that it is in the mentality. The idea of mental toughness. Don’t get me wrong, I am a firm believer in doing hard shit, building camaraderie through pain and suffering. “The beatings will continue until morale improves”… all that shit. However, there comes comes a time when you are either mentally tough, or you aren’t, and you need to focus on building an athlete, instead of testing how much you can break one down. This represented a major paradigm shift in Brent’s thinking. However, I believe it is the single most important factor in the improvements that he has made, and why he feels better going into this fight than any other over the course of his 34th professional fight.

He was just telling me the other day that he is still fighting the urge that pushes him to get out and run 10 miles or something silly like that. Then, I just have to ask him how he felt in his 15th round of sparring the night before, and he tells me that he feels great and his endurance is there. Sometimes it helps to protect your athletes from themselves.

Brent’s first few months were pretty basic. General mobility work, introducing some soft tissue stuff and some light stretching, and learning some general movement quality/posture rules. Training was higher volume, GPP work. The thing was that he started off a such a low strength level that even in the early phase of training he was still making strength gains. He did no conditioning work in my gym. He was 6 months out from a fight, although he was fighting in some jiu jitsu tournaments none of them were important enough to him to structure training around.

At the end of November, we started an 8 week buildup to a fight that we believed was going to be at the beginning of January. Then a few weeks later we got word that Brent was taking a different fight and it was moved to Jan 24th. We had already known that it was a possibility, and just shot on the side of sooner than later because it is easier to add a couple weeks into training rather than take a couple away. The last 11 weeks leading up to the fight a few things have changed from our earlier training. The core lifts are still in, but most of what every one considers to be “assistance exercises” are gone. They have been replaced with what we would all consider energy systems training or metabolic conditioning, depending on who you are.

His typical training session consists of a very specific mobility warmup routine that he does before his lifting and his jiu jitsu sessions, this is how we have been able to steadily improve him movement over time without going into full on corrective mode or anything. Then he does some variation of med ball throws, the volume is manipulated each day/week. His core lifts, whatever that may be for the day, which has been run pretty close to the juggernaut template. We have never tested any maxes with Brent. I know this may sound crazy to the powerlifters, but knowing how much Brent can deadlift on his best day is pretty useless information in a fight. He uses weights that are heavy enough to cause adaptation (don’t worry, we don’t let him sandbag or anything, but I often need to hold him back. Sometimes, he could have done more, but if it was already hard enough we don’t need to). We don’t really want much more than that because we want him to be as effective as possible during his sparring and rolling. Then, depending on the day he will go into either his alactic capacity work, lactic threshold, or a couple times a week some lactic capacity training. As far as conditioning, that is it. This may sound like blasphemy coming from a Crossfit gym owner, but fighting is a really effective way to get into shape for fighting. With us, he focuses on building work capacity through repetitions and maintaining a high output.

In the picture on the left, he is fighting in the same weight class, but about 9lbs heavier than than the picture on the right. It is from last night. There is a noticeable difference in his physique, that has come from his improved strength and explosiveness. He has done all of this while still being in as good or better fighting shape that he has ever been in.

What we need from you now is to let Spike and Bellator know that you want to see the WEEDMAN v. Zaromskis fight back on the main televised card. Then tune into to SpikeTV Thursday, January 24th at 10pm est.

Then stay tuned to the Juggernaut members section where we will publish Brent’s training program leading up to the fight.

If You Have Questions About This Article-Ask Them In The Comments Section Below!

Get to Know TEAM JUGGERNAUT

In assembling Team Juggernaut, my goal is to bring you the best information possible from a diverse group of athletes. Everyone does things in training …