This past June, I went to Russia for the IPF raw world championships.  I met one of the Austrian lifters in the 120kg class — Alex.  He was a real nice guy and we had a good chat about training and such.  Fast forward until a few weeks ago.  Alex emailed me to let me know he would be on a road trip and they would be passing through my neighborhood.  So they stopped by yesterday and we trained.  It was really cool to have a training partner, even if we did tend to chat too much between sets.

One of the things we talked about was the feeling you get after going to a big competition.  For both of us, it’s this imperative feeling that you MUST train more.  You MUST find a way to get better.  In lots of ways, it makes the obsession deeper.  It’s a reality check of sorts.  “Hey, there are plenty of other strong folks out there.  I better get back to work!”  Speaking for myself, it makes me want to train more, train harder, and basically pour more effort into perfecting this craft.

Sure, there are other things in life that are also important.  For me, family is more important than lifting.  I have other goals, other aspirations and other priorities in life.  But Strength doesn’t care.

“I didn’t get much sleep this week.”

“My nutrition has been off”

“My training volumes have been too low”

But strength doesn’t care about any of that.  You don’t get cut any breaks because you have adversity to deal with.  Some or all of those could be valid reasons why a person might not progress.  And there might be a good reason why it happened.  Maybe a guy has a new baby at home and that’s why he hasn’t been getting any sleep. 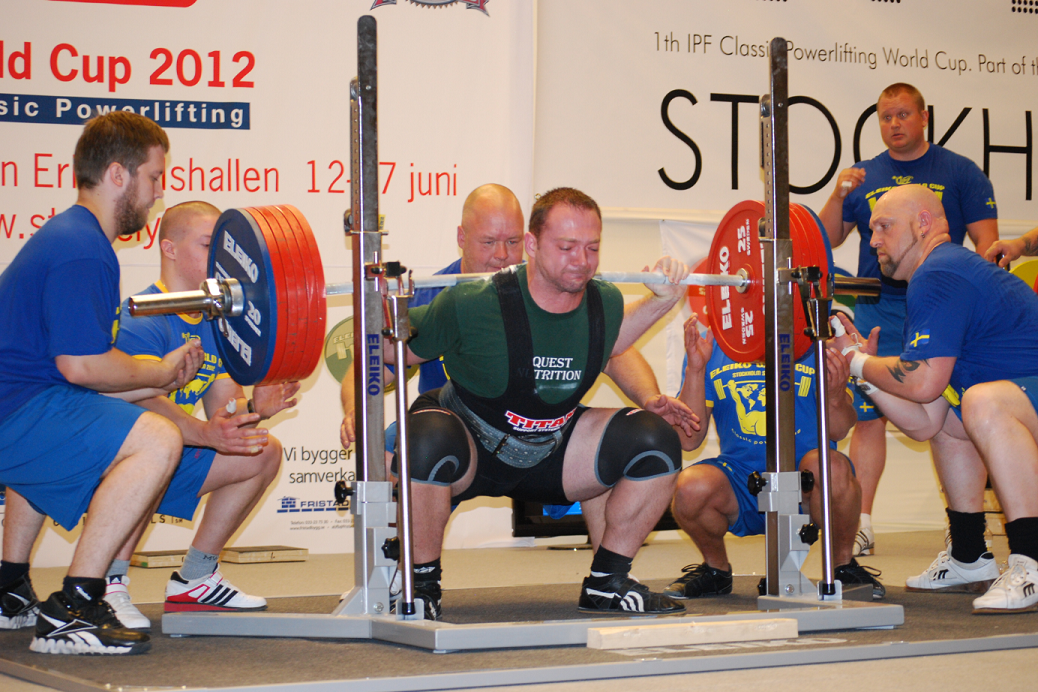 Guess what… Strength still doesn’t care.  I’m not saying it isn’t a good reason.  In the case of the above example, it’s a damn good reason in my opinion.  But I’m saying that strength and your ability to display it is a callused [lady] and she doesn’t care about anything other than you doing the things required to make progress.  And if that’s important to you, then that’s the nature of what you’re dealing with.

Most of us are already marginally obsessed with being strong (and some more than others).  But if you’re like me and have other priorities in life too, then that’s fine.  Just understand the full view of where you stand.  Strength will not care about your priorities.  And if you care about strength, then there is only one recourse.  Find a way.  Make a way.  Get the work done.  Do what you have to do to see progress.  Other priorities?  That’s fine.  But it’s very simple.  Either you do what you need to do to improve or you don’t.

To me, the first step is having a realistic view of yourself.  Sure, you have reasons why you didn’t do what was required for improvement.  But everybody has reasons.  Even they people who skip the gym altogether.  The critical thing is to understand that it’s a simple matter of doing what is required.

This isn’t about self-judgment either.  Just because you don’t do what’s required doesn’t mean you’re a bad person, that you’re “uncommitted” or anything else.  I don’t advocate beating yourself up over something like this.  It’s simply a fact.  Whether it’s a good or a bad thing depends on how you look at it.  Guess what else… Strength doesn’t care how you look at it.  It’s not about whether you feel good or bad about your reasons.  It’s simply about doing the work.  So if you feel bad (or good), beat yourself up, or anything else, that just causes harm in the long term.  So don’t do it.  There will always be some point when Strength will require more from you than you’re willing to give.  The best way to deal with it is to look honestly at what you need to do to make progress versus what you’re willing to do.

This no-self-judgment thing is hard for some people to get and they don’t understand why it’s important.  We naturally want to see ourselves as heroes.  We want to think of ourselves in a positive way.  If we frame the reasons as “excuses” or otherwise have evidence of not measuring up to our own ideal, that’s painful for us emotionally.  Pain isn’t necessarily a bad thing, but everybody has limits.  If you deal yourself enough punishment, then eventually you start breaking down under the pressure – pressure you put on yourself with the words you chose to use.

It’s much better to see it how Strength sees it.  Did you do what was required?  Yes or no?  Okay, then next time do what’s required.  That’s it.  It doesn’t have to be an emotional endeavor.

It’s interesting that all of us acknowledge how much of our performance is mental, yet many will skip this article because it isn’t dealing with exercise selection or sets and reps.  If you learn to read the signs that Strength sends to you and not be derailed by your own emotions, you’ll be further ahead of your peers when it comes to your mental game.  And all of us admit that this is a big leg up in terms of making progress in the strength game.

Mike Tuchscherer is the founder of Reactive Training Systems as well as a competitive powerlifter.  In his own powerlifting career, Mike has racked up wins all over the world including national titles, world records, and IPF world championships.  In 2009, Mike went to Taiwan and became the first American male in history to win the gold medal for Powerlifting at the World Games.  Since, he has been pursuing raw competitions where he has continued to set records and compete among the best on the planet.  Professionally, Mike has coached 12 national champions, 2 IPF world record holders, national record holders in countries throughout the world, pro level multi ply lifters, strongmen, and literally hundreds of lifters who have set incredible personal bests following Mike’s coaching advice
Website, Facebook, YouTube, Twitter

Some of our best articles of all-time

Necessary information and concepts: Strength can be displayed in many ways. In general we can classify methodologies for specializing strength training into these categories: absolute strength, …