When someone has the desire and motivation to learn and improve, their possibilities are endless.  As a coach, it can be frustrating when you are working with people that desire so much in their mind, but are limited in their body.  It is natural to feel frustrated, but you don’t need to be.

Every person is unique – unique in size, unique in structure, and unique in how quickly he or she forms.  No matter where a person is when they come to you for help, if you have a step-by-step plan of action in place, you will be able to teach, monitor, and track the success of your athlete.

Use their frustration as motivation.  Remember, the reason any human becomes frustrated is because he or she wants results that his or her body is not yet ready to produce.  If your athlete at any level experiences this, it means you are working with a self-motivated go-getter with the desire to excel.  This is a good thing.

Know the difference between an athlete’s fault and their ability.

Faults occur due to inaccurate knowledge.  This occurs for one of two reasons:

Regardless of the reason, you as a coach can correct this through proper instruction and attention to detail. 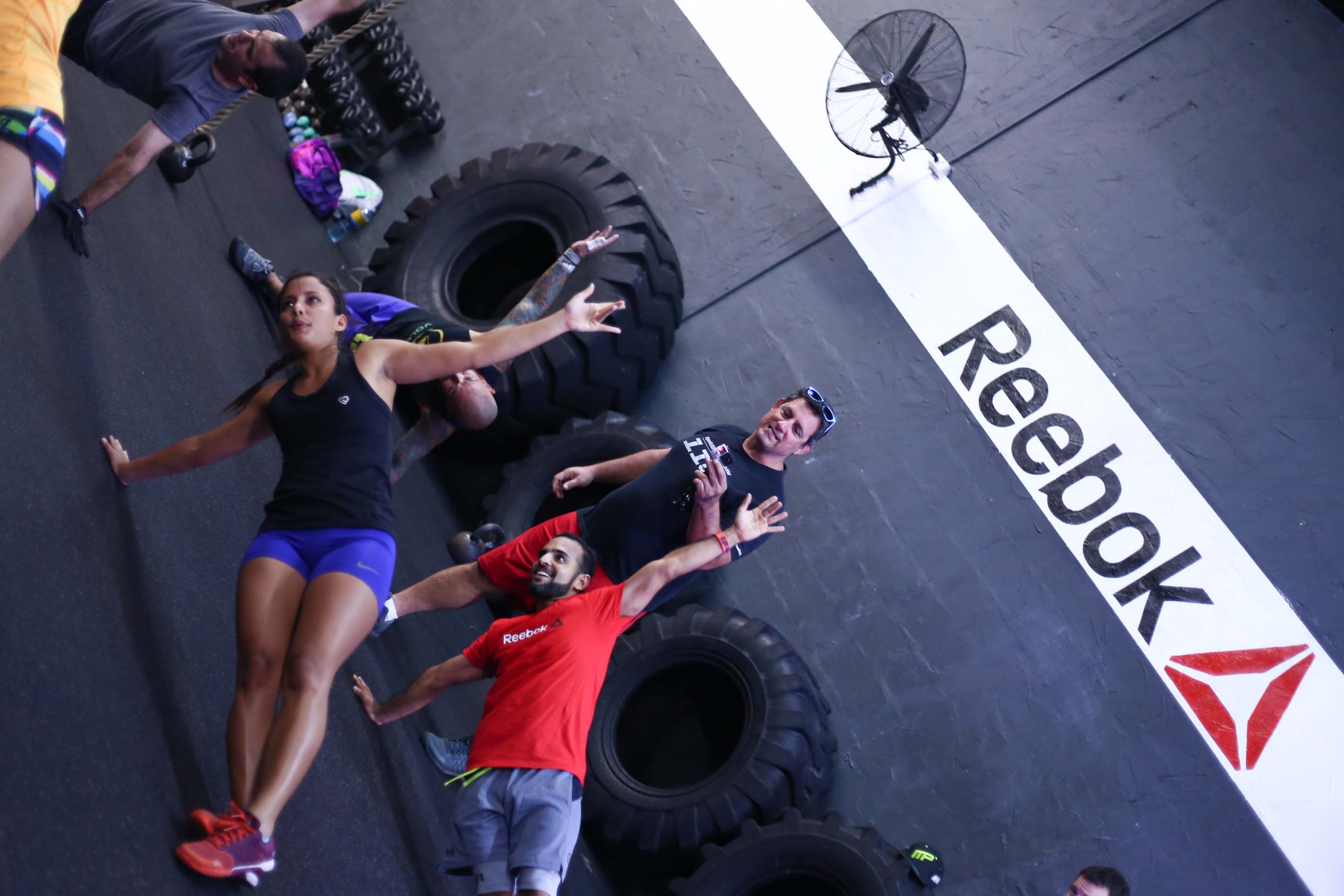 Problems that Occur with Teaching Complex Movements to Non-Athletes (aka, “normal” people)

When teaching these skills to a person who has minimal to no experience with athletic movements, the potential for injury and frustration is high.

Why does this happen?

The degree of athleticism for each individual fluctuates.

Some people are born with a genetic disposition to be long-distance runners, but struggle greatly with speed and explosive movements.  Does this mean they are non-athletic? Of course not; it means that they will have to put more time and effort into those areas in which they need to develop. This is true of any sport.

There are other individuals that were born with a genetic disposition to excel in most any athletic arena to which they dedicate their time.  These are who we look at and say, “They’re just an athlete.” Consequently, even these Adonises have to put in hours of hard work and dedication if they want to become the best in their arena. 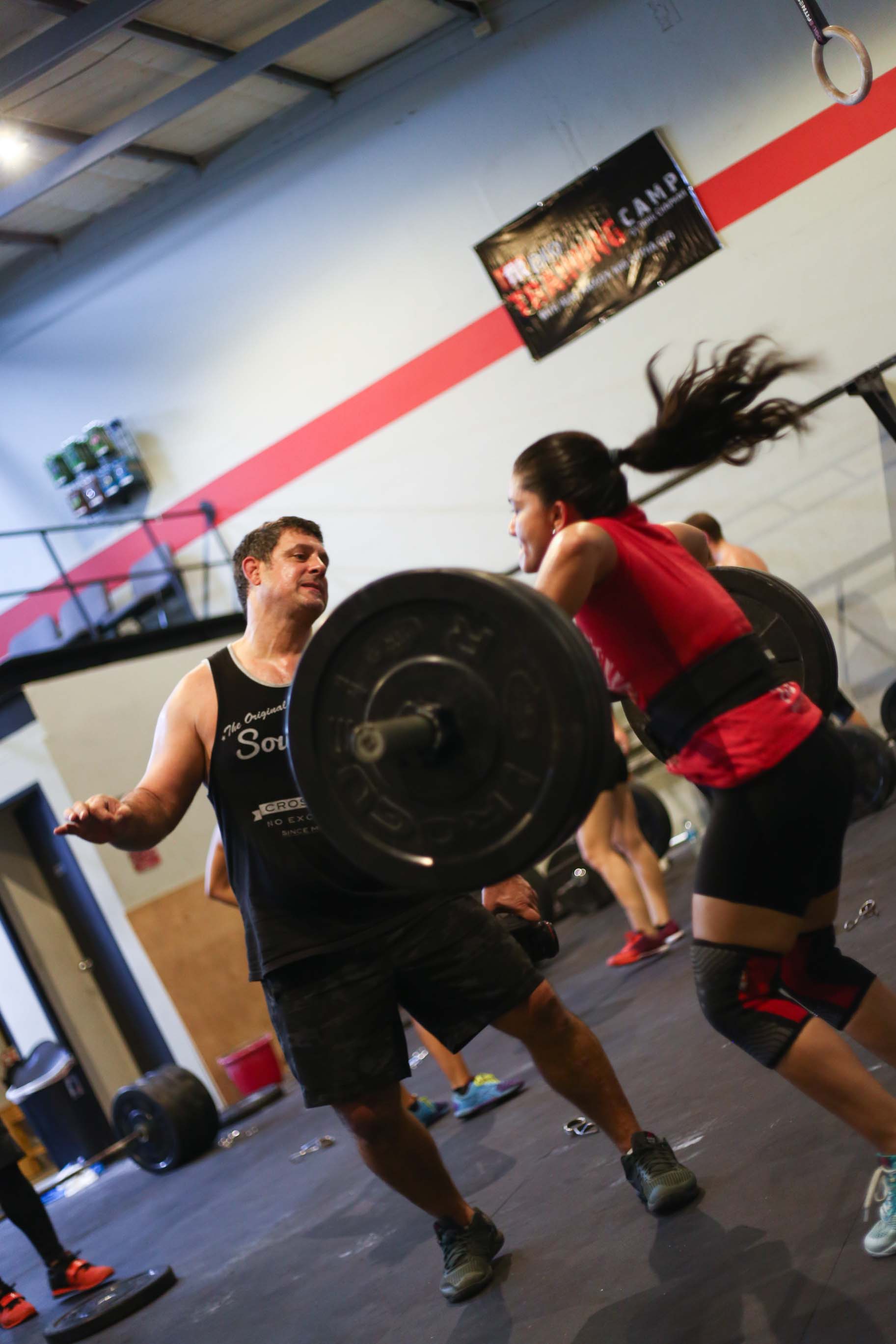 The answer is yes.  Let me qualify this with a very realistic and possible outcome.  Will someone that is a “non-athlete” get hurt doing high intensity, multi-joint, multi-plane movements? That answer is also yes – at some point in time, as do the best athletes in the world.

When a person pushes his or her body to achieve greatness, regardless of what qualifies greatness for that individual, some level of discomfort will occur. You may end up with a sore shoulder, stiff knees, or tightness in your lower back. To that I say, “Suck it up, buttercup.”

Some of you may be saying, “Okay, I get that, but I’m talking about real injuries…sprained ankles, a ruptured disc, or a tear in your rotator cuff.” A more important question to ask at that point is, “Why did you get this injury?”  My experience shows me that people get these types of injuries because they are not taking care of their bodies during the process.  Were you icing it 2-3x a day as it was getting sore? Have you been doing your mobility work EVERY day to strengthen that area? Were you modifying your movements before hitting that breaking point or were you pushing through it, hoping it would “just get better?” If your answers to any of these are unsatisfactory, then you can’t complain that your problems stem from doing high intensity training.

So why should the average person do high intensity, weight baring, multi-faceted movements?  Because it makes one stronger, both physically and mentally, able to move in coordination, and allows the body to maintain the physical abilities it had in its youth, instead of ensuring a life of lethargic complacency. The reason people become weak in their golden years is because they have been programmed to believe that once you hit “that certain age,” it’s time to start getting ready for Florida tours and bingo. Change your mindset, and you will change your life.

In order to accomplish this, cueing, scaling, and practice will be key.

Cueing requires a coach to see where the athlete excels and where he/she is faulty and possess the skill set to tweak or modify their movements through a one word or phrase signaling. This will aid the athlete in making quick adjustments to better his/her technique. If these cues are not helping him/her move more efficiently, then scaling the weight or the depth of the movement is the next step.  In training, technique always trumps heavy loads, especially for the non-athlete learning these movements.  Once this is accomplished: Practice, practice, practice! The best way to create new habits and new body movements and awareness is to do them repetitively until they become second nature.

In creating a new athlete, you must embrace the process.

“How you climb a mountain is more important than reaching the top.” -Yvon Chouinard.

Dedication to your craft will be the difference in feeling accomplished at the end of the day or wondering, “What if?”

Commit to the process and keep the end in mind.

Choose the proper programing for your specific goals. Regardless of the programming that you adhere to, the frequency in which you follow it will make or break your results.  Make sure that it varies in movement and load in order to best stimulate and train multiple muscle groups and sequencing patterns.

Every movement, every lift should have a progression in which it is taught and executed. Terminology is important.  As an instructor, it is vital for your words and cues to register with every athlete in the room.  Whether cueing an individual or a large group, directing the barbell to be brought to the high hang means the same thing to every person in the room and it is accomplished without them having to look around in an attempt to figure out or ask, “What exactly is the high hang?”

Make protocols the norm.  Every coach and athlete should have a series of “if/then” statements in their repertoire.  “If you are unable to do a pull-up, then do ring rows to build strength in that area.” “If your hip flexors are tight or are preventing you from reaching full extension, then begin a series of couch stretches each evening.” The list of if/then possibilities is endless.  Learn to identify the difference between pain and injury; learn and ask questions of those that have more experience than you, and never fall into the trap of thinking, “I already know everything about this.”

Talent is genetic, but triumph comes from your will to succeed.  You don’t have to be the top athlete in your sport to be a success. Success is defined as, “the accomplishment of one’s goals.” Each person that enters into the world of training is a unique snowflake. They become a success when they have met or exceeded the goals in which they set for themselves. The coach is a success by helping them achieve those goals in a realistic and safe manner. It doesn’t matter where you begin your journey; it matters where you end up.

Teaching is an Art

Lose Your Focus, Lose Your Edge

Doug Chapman is the owner of HyperFit USA, home of CrossFit Ann Arbor. CrossFit Ann Arbor is a ten year affiliate and one of the first in the world. Doug leads classes, training camps and online programming. He has coached athletes to nearly 30 appearances at the CrossFit Games including individuals, masters and several teams producing 5 podium finishers. Doug’s interests are in philosophy, history and physics.

A General Overview of Preparation for Tactical Personnel

Fixing the Snatch for the Crossfit Athlete

To master the Olympic lifts it takes many years of repetitive daily training and drilling of the movements. And even then I’m sure some top …

Being in a constant state of lumbar hyper-extension is a really common position for many strength and power athletes. Over time, this can cause numerous …

Cover Photo by 9for9 Media Are you having trouble shifting to one side during your squat? If this causing you hip or knee pain? Dysfunction in …

Physical Preparation by Position for Football

by Joel Smith Tell me one person in the gym you know who doesn’t want to be more powerful? Athletes live and breathe power.  Powerlifters and Olympic …

Get Stronger and Faster with the French Contrast Method

My purpose of divulging the use of the French Contrast Method (FCM) is to improve rate of force development (RFD) according to the athlete's demands.  The …

The Taxonomical Disorder of Recovery

Recovery is a fascinating subject, and like all the things that have a special charm, it is still surrounded today by an aura of misunderstanding …