: the act of giving up something that you want to keep especially in order to get or do something else or to help someone

The night before I was to compete in Relentless Detroit, I was in the final stages of a very big weight cut that was wreaking havoc on my mood(s).  I was irritable, angry, tired, hungry, thirsty, and downright belligerent.  And that was during the times I felt awesome.

Some people accused me of singling out an individual, but in fact I was not.  I was offering up a blanket statement to all the times that I’ve read or heard this nonsense for the better part of 25 years.  Over the course of those 25 years I’ve heard the same load of bullshit from an assortment of people in regards to all of the sacrifices they have had to make for the love of their “sport”, or let’s just call it what it is….their hobby.

When Ishinomaki, Japan was hit by a Tsunami in 2011, a man by the name of Hideaki Akaiwa risked life and limb to literally scuba dive into a Tsunami to save his wife of 20 years, his mother, and countless numbers of others, with no regard for his own safety.  While others were scurrying to find shelter from the disaster, he was face punching a Tsunami so that his wife, mother, and others that would have perished, were saved. 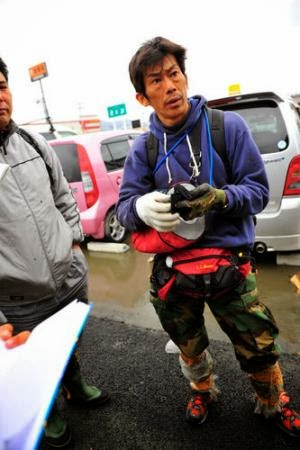 Can I say with complete certainty that I would have made that kind of sacrifice?  I don’t know.  We all like to think we would in those situations.  However people react far more differently than you’d think when the “fight or flight” response kicks in during a dire situation.  I would hope that I’d have the same kind of bravery, but until you’re in such a situation you can’t always say.  Either way, Hideaki is the living embodiment of what it means to sacrifice.  To put himself in harms way to save his loved ones, and even total strangers.

Tony Bolda was in dire need of a kidney transplant.  Thankfully, his sister, Kari Roberts, stepped up to the plate in order to save her brothers life.

The problem was, she was too heavy to even be considered a candidate.  So Kari changed her diet, and started training in order to be able to be considered as a viable candidate for kidney donation.  Twenty four months and 134 pounds later, she made it all happen.  She saved the life of her brother by donating her kidney, and probably her own life as well in other ways.

That is sacrifice.  That is giving.

Being a Marine on D-Day carries honor and respect without anything else being mentioned.  Winning the medal of honor because of your actions on that day, means your actions truly are deserving of the term “heroic” beyond any and all measures.

Running up and down the volcanic plains with a homemade .50 caliber machine gun, Tony waded through a monsoon of enemy bullets and blasted every pillbox and bunker he came across.  He stood upright to draw fire away from pinned down Marines and when able to identify where the enemy fire was coming from, he charged them and killed with reckless abandon.

He would remove his helmet and boots, and run back down the beach in order to rearm, then return to the fray.  He did this 8 times, and each time he picked up a wounded man and carried him to safety on his shoulders.  He destroyed at least 14 enemy installations on the very first day of combat.

He was killed two weeks later on a scouting mission by an enemy sniper.  He had been on leave, but he returned to combat when he heard of the struggles his fellow Marines were having. 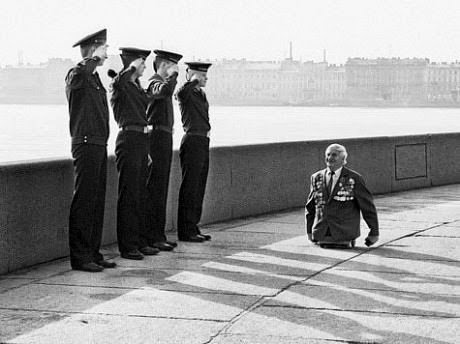 The three people in those stories all have something in common.  And that is, they all gave up something in their life, in order to make life easier for someone else.  In some way, shape, or form, that’s the basics of it.

In ancient times, sacrifice meant that you killed your BEST animal or gave up your best gather of crops, as an atonement for something you had done wrong.

One more time….you gave up something YOU WANTED, that SERVED YOU, for the betterment of something else.

Bodybuilders and powerlifters and pretty much all athletes really, have bemoaned for years about all of the things they have sacrificed for their goals.  The paradox here is, if you give something up for personal glory, you’re not sacrificing.  In fact, that’s the very definition of being self serving.  Which is…you know, the OPPOSITE of sacrifice.

I’ve been guilty of calling it this in the past as well, but I’ve come to realize that we do all of those things for personal gain.  For personal goals, and personal “glory”.

It’s not giving up what we want for the betterment of someone or something else.  It’s us giving up things we really don’t care about as much as something else.  The fact is, we give up the drinking or late nights out because those things may now interfere in attaining our goals.  We want to be a better strength athlete, or bodybuilder, or football player.  This is a self serving attitude.  It’s discipline, yes.  It’s difficult, yes.

We do it, because it’s what WE WANT.

If you want to get down to who sacrifices, well, more than likely it’s your spouse, or parents, or significant other.  The one that cooks your food or prepares your meals.  It’s the one that deals with your bullshit cranky attitude for weeks on end before a meet, or the day of the game.  Those people sacrifice.  They give up their sleep, time, or other hobbies that mean something important to them in order for the betterment or furthering of YOUR success.  They are the one bringing their best to the table, to lay on the sacrificial stone, so that you can be great.

Where we have gotten lost in our inability to properly use these words is that, we believe that because something is difficult, that sacrifice is involved.

Building a drag car that will run a sub 10 second quarter mile, may be difficult.  You may even have to work two jobs in order to make enough to buy parts to build out the engine and harden the components so that this dream is made possible.  But you didn’t sacrifice.  You showed discipline, you worked hard, you labored and put forth tremendous effort.

But it was all done for personal gain and enjoyment.

Sports and weight training are no different.  They are both hobbies; privileges.

If I decide tomorrow that I’m going to shove 16 penny nails into my taint, it may be difficult, and it may be painful, but there’s no sacrifice there.  It’s a choice I made to inflict pain and misery onto myself….because I like it (?).   To each their own I suppose.

As lifters and athletes, we need to keep things in perspective about this.  Even if we are willing to take years off of our life in order to see our goals come to fruition, we need to stop bemoaning all we sacrificed to do that.  It reeks of narcissism, ignorance, and foolish pride.  The fact is, a real sacrifice would be GIVING UP all of those things that bring us some sense of personal fulfillment, if it meant improving or helping someone else’s life.

We make choices to achieve goals that only come via paving a road that is forged from pain, effort, callouses, blood, torn tendons, and bruised bodies.  But we’re not paving that road for others to travel on.  We pave it because our ambition or desire to be something we currently are not, drives us to.

Keeping a healthy dose of perspective in our proverbial protein shake isn’t a bad idea.  At the end of the day we need to remember when we’re upset that things aren’t going according to plan, or when we’re suffering from that huge weight cut, or when we bomb at a meet, or don’t make the team, that it’s not life or death.

We aren’t diving into Tsunami waters to save our loved ones.  We aren’t giving up a kidney to save our brothers life.  We aren’t picking up wounded bodies and carrying them to safety, while avoiding a hail of gunfire.

Paul Carter works as the president, general manager, and CEO of the blog Lift-Run-Bang.com. He is the author of Strength, Life, Legacy and competes as a raw (rare-no belt or wraps) powerlifter.
Website, Facebook, Twitter

This past June, I went to Russia for the IPF raw world championships.  I met one of the Austrian lifters in the 120kg class -- …

The Sacrifice of Doing It Right

There are few days in the year more important than ‘Game Day’ for athletes, if any.  Every month away from season is spent preparing, training, …

By Chad Wesley Smith Interview with 7 Time Brazilian Jiu Jitsu World Champion Romulo Barral Becoming a champion is about much more than talent. To truly be …

Do You REALLY Care?

If you’re reading this right now, training matters to you on some level.  As an athlete, coach, or personal trainer, you don’t view it as …

Managing Lifting and Life for the Young Athlete

Let’s get real for a second: WHAT PEOPLE SAY WHAT IT ACTUALLY MEANS “I’m too busy to go to the gym” Training is not a priority for me “I’m too …

Nightmare On The Mat: Excerpt From The Juggernaut Jiu-Jitsu Physical Preparation Manual

CLICK to Buy The Juggernaut Jiu-Jitsu Physical Preparation Manual available at EliteFTS.com… Five Training Tips, Myths and Guidelines to Become a Nightmare on the Mat 1. …