Well it’s the last day of 2012 so I’m feeling all nostalgic and reflective. The past 365 days have been filled with excitement, stress and a lot of hard work; there have been huge strides in my life personally and professionally and I am pumped for the next year where so much work over the last year will begin to pay dividends. Before we look ahead at what 2013 has in store for the CWS and the JTS, let’s look back at some highlights (and maybe some lowlights) of the year that was 2012.

Seven Juggernaut Athletes drafted into the NFL-2012 marked the first year that Juggernaut prepared athletes for the NFL Combine and we started off with a bang. Guided by our former Director of Programming, James Smith, the 2012 Juggernaut Combine Class put up tremendous performances. Highlighted by Devon Wylie’s 4.39 40 and Shea McClellin’s 4.62 40 (1st among all DEs), Juggernaut athletes posted top results across the board at their position. These great performances earned the JuggSquad tons of praise from analysts and scouts and resulted in 7 of our 8 athletes being drafted, including Shea McClellin going 19th overall to the Chicago Bears and Amini Silatolu being drafted in the 2nd round by the Carolina Panthers, the highest draft position of any Division 2 player in 2012. I can’t say enough what a brilliant coach James is and how much I learned from him; I know he is doing great things in his new role at the Director of Physical Preparation for Portugal’s National Rugby Team. I also want to mention here how proud I am of my good friend and client, Alex Parsons, who moved up from the practice squad to start several games at center this season for the Oakland Raiders. Alex is a great guy and great worker, even though he went to my high school’s rival and I used to be way better than him.

Juggernaut Sends 22 Athletes to College on Athletic Scholarships-Simply put the gym was full of studs all year. From football to volleyball to soccer to water polo, I had the pleasure of working with a bunch of great high school athletes this year. There are so many great things these young athletes did this year but I can’t lie that my favorite group was my college football prep group. These guys were amazing all off season and were a true brotherhood. There training was great and it was awesome to see them grow and improve so much. One of my proudest moments was seeing Max Tuerk become the 1st true freshman in USC history to start at left tackle. For a school that was home to such great tackles as Anthony Munoz, Tony Boselli and Ryan Kalil, it is a true testament to Max’s talent and work ethic that he is the first to start as a true freshman, and he started several games and played great.

Speaking at Seminars-I love the sound of my own voice, so seminars are great for me! In 2012 I spoke at a few seminars throughout the country and really enjoy the opportunity to get out and share my knowledge with people who are eager to learn and improve. The seminar experience I think is very valuable for not only the attendees because they get to ask more in depth questions and gain a greater understanding of the points I’m speaking about, it is also a great growing experience for me because I have to very critically look at what I’m doing with my athlete’s training because if I’m going to present information to people, I better make sure it is sound.

Competing in Strongman-More or less on a whim, I decided to compete in my first Strongman contest ever on St. Patrick’s Day. I got about 4 days of training in for it and went in with no real expectations, just wanting to have fun. I really enjoyed it and was hooked on Strongman. I competed in 4 total contests this year, culminating in my victory at the NAS Nationals which earned me my pro card. I really enjoy the programming challenge of Strongman and the variety in the competitions. I can’t wait for the new challenges of pro level competitions in 2013, starting at the LA Fit Expo on January 19th.

Moving Facilities-The decision to move facilities was an extremely difficult for me. The summer of 2009 was spent pouring sweat into the original Juggernaut facility. I really loved that place but when the opportunity to move into a new place came up, I couldn’t pass it up because of the financial burden it lifted from me of having to cover the rent of a 6000 square foot facility in Orange County, CA, which in case you were wondering is expensive, very expensive. The original Juggernaut location was all us, we truly owned it because we built it, it was filled with mine and Nate’s personalities and I don’t know that I’ll ever be in a facility that is the same, besides it was filled with amazing equipment. This new facility is great too and allows me to do more of the work that I want, without the stresses of things like paying utilities, dealing with landlords or cleaning bathrooms, but still there is nothing like your first place. I miss it.

Building Team Juggernaut and the new JTSstrength.com-My goal is creating Team Juggernaut was to bring together a group of truly elite strength athletes and coaches to bring you all the highest quality information possible. I am extremely fortunate that so many top people that I have asked to contribute, agreed. Their knowledge, experience and enthusiasm is truly a blessing and inspiration to me and I hope that you all are taking advantage of it through their training logs, our Facebook, YouTube and articles. I love our new website, though we are still ironing out some kinks. I think some people are under the impression that Juggernaut is a fairly large operation because I mean how could something so awesome be produced by so few, but the reality is that Juggernaut and JTSstrength.com is totally owned, operated, designed, maintained and whatever else there is to do by myself and Nate Winkler. In July 2011, Nate moved home to North Carolina and his role with the business has obviously changed but he is a tremendous resource in the creation of our new website and a great support system for myself.

Releasing The Juggernaut Method 2.0-I have learned so much about training, coaching, business, and life since the release of the original Juggernaut Method in December 2010. Please buy this book, so you can learn from my mistakes and successes and benefit from this book, which I whole heartedly believe is a tremendous expansion on the original. Also, I am so happy to help bring you other great products like The Cube Method, The Cube Method for Strongman, Training Lab and the FREE Juggernaut Deadlift Manual (when you sign up for our newsletter) which are helping so many coaches and athletes around the World.

Well there is a snippet of what 2012 was for myself and Juggernaut, let’s look at some of the cool stuff happening in 2013.

Competing A Lot!-I can say that I have some nervousness, but more anxiousness and excitement about my competitive plans for 2013. I love the older strength athletes like Kaz, Jon Cole, Geoff Capes and modern guys like Misha Koklaeyev who have the ability to compete and dominate across a variety of strength disciplines. I don’t want to be a powerlifter or a strongman, I want to be a strength athlete, I want to be a strength legend!! In 2013, I am going to do a lot of hard work to move towards that status, starting with the LA Fit Expo Strongman contest in January, I already have 9 competitions circled on my calendar to compete in during the next year. These competitions will include Strongman, Powerlifting, Highland Games and Olympic Lifting. I’m excited and a bit nervous about this challenge but more than anything I’m just interested to see what I’m truly capable of. Be on the lookout for a lot of exciting training and competing from me this year!

Juggernaut Seminar Series-It is the aim of Juggernaut and JTSstrength.com to help coaches and athletes reach their goals and the Juggernaut Seminar Series is going to be a critical component of us doing that. Starting on February 16-17th at Derby City Crossfit in Lousiville, KY where myself, Brandon Lilly and Ryan Brown will be presenting, REGISTER HERE.  You will also have the opportunity to be coached by the three of us and Team Juggernaut’s JoEllyn McAtee, Brad Little, Nathan Wilson and Corey Hayes; the Juggernaut Seminar Series will have several stops throughout the US this year to help YOU. We already have dates set for Chicago in June and California in August, with other dates and locations in the works, Team Juggernaut will be brining you information on powerlifting, strongman, nutrition, mobility, programming, sports training, Olympic lifting, throwing and more. If your facility is interested in hosting a Juggernaut Seminar Series, contact me at [email protected]. 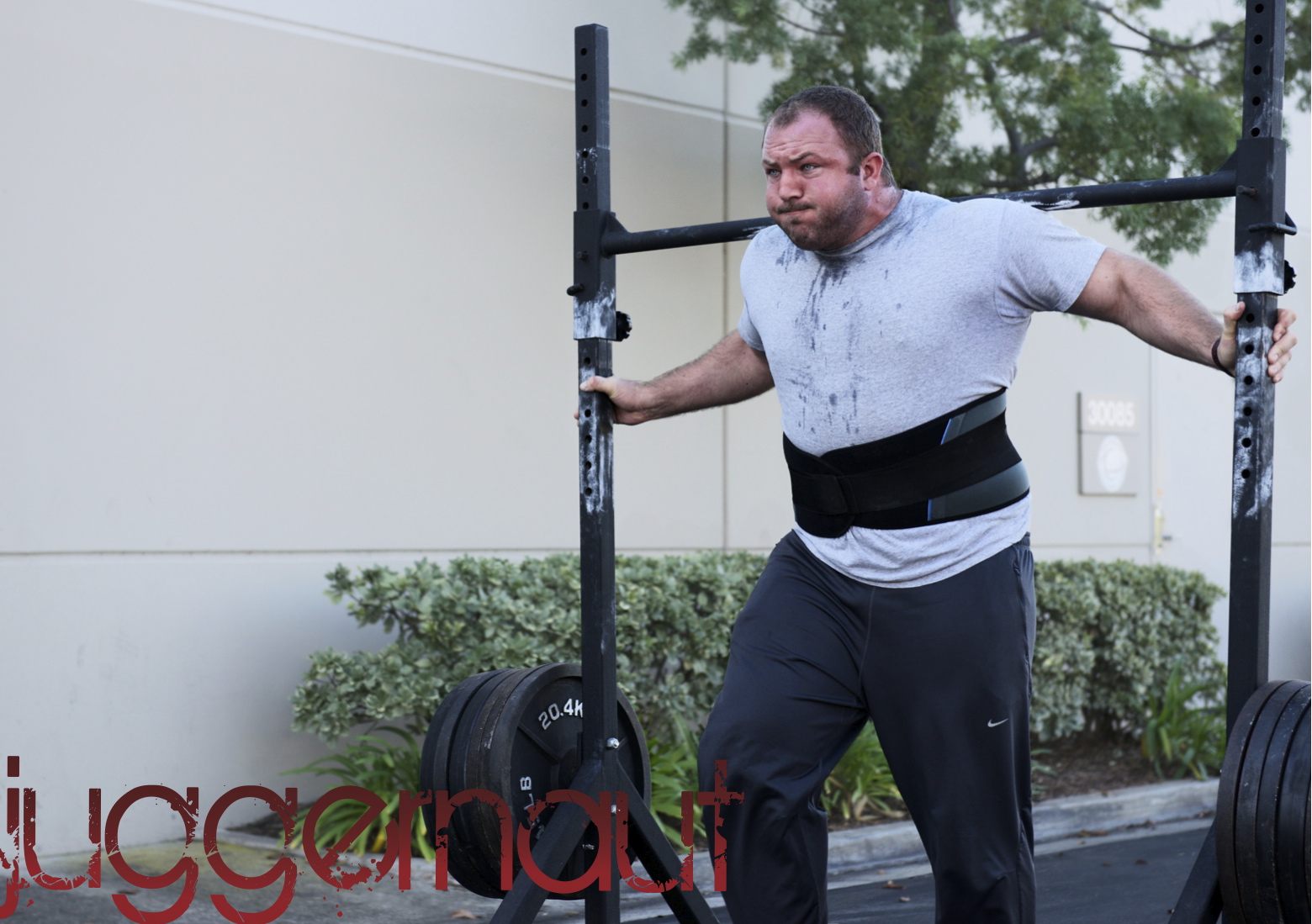 Tons of Great Info Right Here-I truly believe that the group of writers that will be contributing to JTSstrength.com over the next year is unmatched anywhere on the web. From World Record holding powerlifters to D1 Strength Coaches to Olympians to World’s Strongest Man competitors to brilliant coaches, we are bringing you the highest quality information to help you and your athletes reach your goals. If you have questions we are answering them in the comments section of our training logs and during our weekly Facebook Q&As. In the next few months we will also be starting Twitter chats, Google+ Hangouts and doing more things like this Coach’s Eye video, to help all of you get better.

Something So Mindblowingly Awesome I Can’t Even Tell You About It-I am not quite ready to give away what this event is yet, but I will say that if everything goes according to plan it is going to be tremendous in so many ways. As soon as I can I will let you all know what is going on.

Well there is a peak about how we are gonna be living the #JuggLife in 2013, please stay connected with us through Facebook, Twitter, YouTube and right here at JTSstrength.com

Powerlifting in Pearls: The Down Low

Road to Recovery: Training After An Injury

How I Built My Best Squat Ever-Split Squats

Check Out These Other Parts of the How I Built My Best Squat Ever series...Front Squats by Dan Green  Low Bar Good Mornings by Blaine SumnerAfter …

Recently, there have been some very good discussions about how powerlifters can benefit their results by incorporating elements of bodybuilding training. Phases of higher rep …

The Bottom Position of Your Squat: A Defining Characteristic of Your Human Existence

Okay the title is ridiculous.  Though, whether on the competition platform or when training for your respective sport, ones bottom position in the squat can …